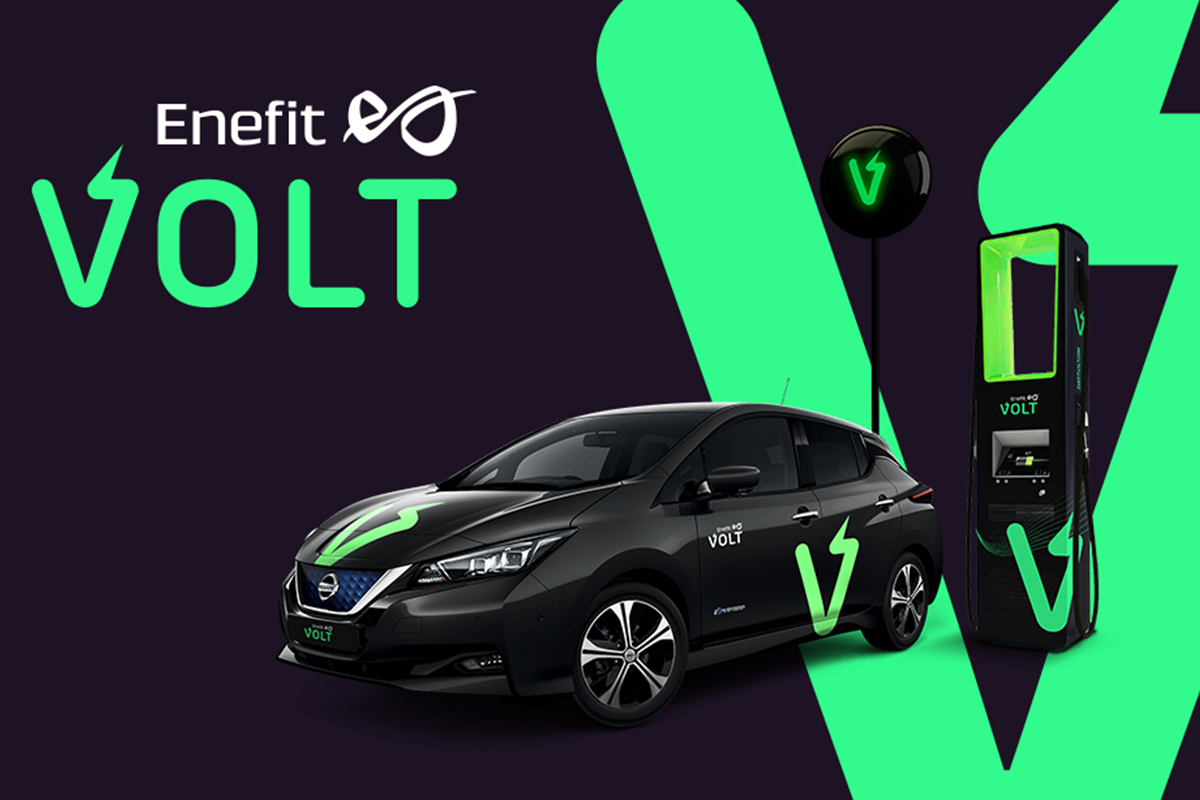 Everyone using an electric car can now sign up for Enefit VOLT, Estonia's largest public charging network, to access a faster and more comprehensive charging service from 11th February.

Eesti Energia's and Elektrilevi's joint quick charging network for electric cars is now called Enefit VOLT, instead of the former ELMO, and it will start operating in a week.

All current car charger users and new customers can conveniently sign up for the new service via the Enefit VOLT App or at www.enefitvolt.com. Complete transition to the new service will take place during February, and until the end of February, all Enefit VOLT chargers can be used at an introductory 50% discount.

According to Margus Vals, Member of the Management Board of Eesti Energia, Enefit VOLT will take the public charging of electric cars to a new level, making it easier, more convenient and faster.

“Enefit VOLT's quick-charging network brings new quality to public charging, enabling fast and convenient charging everywhere in Estonia,” Vals said. “In developing Enefit VOLT, we are focusing on three key directions: a quality leap in the user experience; adding new, high-speed and universal chargers to the network; increasing the speed of existing chargers where it’s most needed. Charging in the Enefit VOLT network is done with 100 percent green energy.”

The range of new location partners in the Enefit VOLT network is constantly expanding. Today, in addition to the well-known locations of the ELMO network, cooperation has begun in Tallinn with Ülemiste Centre, Arsenal Centre and Tallinna Tööstuspargid AS, and in Tartu with Kvartal Centre. Another more than 10 new locations are under negotiation, and all new location partners are welcome to make themselves known.

Compared to the current charging network, signing up as an Enefit VOLT’s customer takes place in a few minutes instead of several days, with the help of the App. All charging operations can easily be done in the App, which also shows the availability of chargers.

Payment for charging will be linked to a bank card, and all chargers will appear on Google Maps and will soon be available on Waze. The next step added to the App will be a charger booking option. In the future, Enefit VOLT’s customers will be able to use the so-called roaming service, which can be used for charging an electric car outside Estonia.

Eesti Energia is also developing a smart charging service and a two-way charging service. The first of these allows you to charge at the best stock market price, and the second to make electric cars a part of the power system and a source of income for the owner.

As a result of smart and two-way charging, electric cars will no longer be a mere means of transport in the near future, but will provide more opportunities for using energy and for earning income.

According to Margus Vals, Eesti Energia and Estonia became the fastest reducers of carbon emissions in the European Union last year. "We see that we can support the reduction of CO2 emissions in the transport sector as well, where so far there has been little progress and where precisely electric vehicles are the solution."

“We know from customer feedback that the lack of quick charging of electric cars is a major obstacle in the transition to electric transport. At the same time, research shows that electric cars are mainly charged at home, which is why we will bring smart home charging to our customers this year. The highly successful call for support for electric car purchase showed that the price difference between internal combustion engine cars and electric vehicles has narrowed to a very small level, which allows us to predict a breakthrough in electric transport,” Vals said.