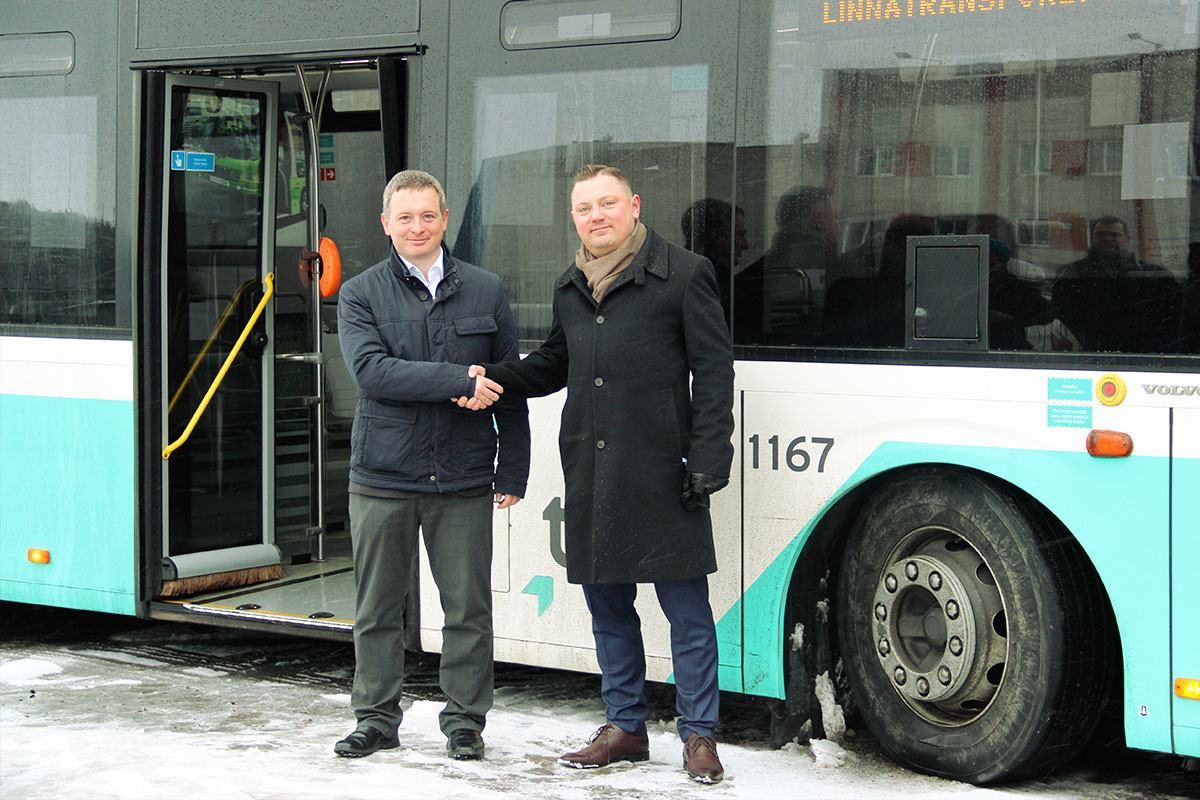 As part of the pilot project, Tallinn bus lines will be selected, where ten electric buses are planned to be purchased in order to prepare for the larger introduction of electric transport in Tallinn.

“Estonia has been able to significantly reduce its CO2 emissions in energy production over the last decade, but at the same time, there have been no major advances in carbon dioxide emissions in the transport sector,” explained Margus Vals, Member of the Management Board of Eesti Energia.

According to Deniss Boroditš, Chairman of the Management Board of Tallinna Linnatranspordi AS, electric buses today are a tangible way to make the transport sector more environmentally friendly. "As public transport needs to be increasingly electrified for buses, the sharing of competences between the two companies is a natural course," Borodich said.

“At Eesti Energia, we can use our knowledge and experience to help improve the urban environment by developing a smart charging solution for electric buses that can select the most economical time to charge bus batteries. Not only in economic terms, but also in terms of efficient network load sharing so that buses are ready to serve passengers every morning, ”said Margus Vals.

According to Boroditš, the company has set the goal that by 2035 all buses serving passengers on Tallinn streets will be powered by electricity. "To do this, we already need to increase our expertise in electric buses in order to be ready to integrate ever more reliable electric buses into our bus fleet," said Boroditš.

According to Margus Vals, Eesti Energia's goal is to be prepared for the overall growth of electric cars. “There is a widespread perception that the growth of electric transport is putting too much pressure on the electricity grid. In our opinion, this load may not be a problem as electric vehicles can also be treated as recorders. The idea of using storage technology in the energy sector is that, at a cheaper price of electricity, energy is stored and put into use when the price is higher. It is also possible to redirect the stored energy back to the grid and thereby dissipate the load on the electricity grid, increase the utilization of renewable energy and ensure the stability of the grid even during the time when Estonia is synchronized with the Russian electricity system. So, overall, we believe that electric cars can be deployed as part of the network, ” Vals said.

According to Vals, there are plans to develop quality services for electric vehicle owners. "For us, working with Tallinn City Transport is a great opportunity to create new solutions to provide owners of electric cars with a convenient and smart system that distributes the load between all electrical appliances without having to pay more for electricity," said Vals.

Statistics show that the take-up of electric cars in the world is increasing as the prices of electric cars are becoming more and more equal to those of conventional cars. Forecasts show that by 2040, 55 percent of new cars sold worldwide will be electric.